Clarity on Breeding Worth estimates for sires 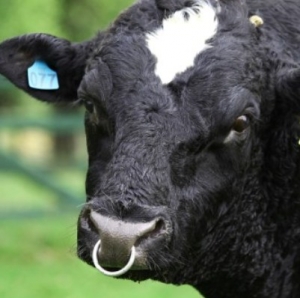 DairyNZ subsidiary NZ Animal Evaluation Ltd (NZAEL), has reached agreement with LIC and CRV Ambreed for a standardised presentation of parentage and daughter based estimates as well as genomic based estimates for bulls this autumn.

NZAEL chairman, Warren Larsen says this is an important step. "The standardised presentation will give farmers greater clarity and enable them to make more informed and confident bull selection decisions," says Warren.

Estimates of breeding worth (BW) which include a genomic component will be assigned a leading 'g', for instance gBW and gBV, from this autumn.

The LIC and CRV Ambreed genomic estimates are themselves calculated differently and not equivalent. It was also agreed that the NZAEL logo will be used only on material where NZAEL estimates are quoted.

LIC acting chief executive, David Hemara and CRV Ambreed chief executive Angus Haslett, support the change and say it demonstrates their companies' commitment to conveying genomic estimates clearly and ensuring that farmers use the information appropriately. The change acknowledges the significant investment of both companies in the development of genomic technologies.

NZAEL will monitor genomic based estimates produced by both companies for farmers. LIC and CRV Ambreed will both continue to develop their genomic technologies and apply the latest genomic bias adjustment procedures via robust and peer reviewed validation procedures.

NZAEL's view remains that the genomic technology holds significant promise to accelerate rates of genetic gain in the national dairy cattle population. The accuracy of the technology will continually improve based on the on-going commitment, funding and expertise of LIC and CRV Ambreed.

"NZAEL is in close contact with both LIC and CRV Ambreed and monitoring overseas genomic developments and systems with the eventual aim of implementing a national genomic evaluation system integrated with existing NZAEL systems," says Bryant.