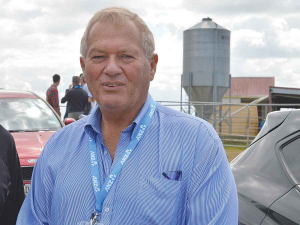 Dairy Holdings majority shareholder Colin Armer told Dairy News that Sooke bought the stake from Jagwei Ltd, a holding company for JD and RD Wallace, about a year ago.

He says the transaction became public when Dairy Holdings filed its annual returns with the Companies Office last week.

Armer says the transaction involved “a large lump of money”.

With not a lot of investor capital available in New Zealand, the company accepted Quebec-based Sooke’s offer.

“There is no change to the way Dairy Holdings operates, it’s business as usual,” he says.

The Canadian company is expected to appoint a board member soon.

Dairy Holdings board is chaired by former Fonterra director Greg Gent. Armer, who also served as a Fonterra director, sits on the board with his wife Dale. Murray and Margaret Turley are also board members.

According to Dairy Holdings’ website, its farms produce 17 million kgMS from 50,000 milking cows.

The operations are self-contained and include 15 support farms that provide for the rearing and supply of 10,000 in-calf heifers per annum to the dairy farms and grazing of all non-lactating cows over the winter months.

Farmers must do the right thing on M. bovis

Farmers selling cattle have a duty to disclose if the animals have been under Mycoplasma bovis testing, says Dairy Holdings chief executive Colin Glass.

Knee-jerk spending cuts that compromise long-term productivity are a real risk in the face of the $4.50/kgMS payout forecast and probable low opening 2015-16 figure, leading farmers are warning.