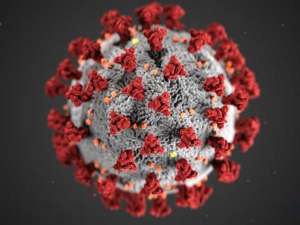 A New Zealander managing a large dairy farm in the UK says he is not sure that farmers in NZ realise the problems they are about to face.

A friend of the man who wishes to remain anonymous called Dairy News in a bid to make farmers in NZ aware of the situation in the UK which he describes as horrific.

The person whom we will call ‘Brian’ manages a large intensive dairy farm and has a staff of twelve says he’s not sure that farmers in NZ realise the problems they are about to face.

He is belatedly having to put in place a pandemic plan, but says his staff are stressed and falling ill – not to COVID-19, but colds and other forms of the flu. He says they are working long hours and with staff off sick, Brian is finding it difficult to get replacement staff.

“The virus hasn’t hit the cowshed yet, but people aren’t sleeping, are very stressed and this is having an impact on the whole operation,” he says.

Brian says he has developed a plan with a strong focus on social distancing and ensuring that staff are healthy. He says particular care is being taken on preventing farm accidents because he is not sure the health system can deal such serious accidents when the pressure goes on to deal with people who have COVID-19.

Brian says another problem that has arisen is theft. He says with panic buying in the UK, some shops have run out of milk and they have had instances of people coming at night and stealing milk from the vats. He says they are now having to put padlocks on these and increase their security on the property.

The person who rang Dairy News says people should look to history to prepare for the consequences of COVID-19.

She points to a noted Irish historian, Dr Ida Milne who has written extensively on the effects of the Spanish flu in Ireland. Dr Milne, an academic at Carlow College, she wrote a book called Stacking the Coffins – Influenza in Ireland in 1918-19 and is a recognised expert on disease research.

She says one of the consequences was that the men got sick and many died and it was left to rural women to run the farms, and the creameries.