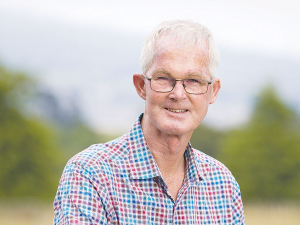 DairyNZ chair Jim van der Poel says farmers want to be recognised for their own emissions, not just an industry average.

Speaking to Dairy News at the launch of the HWEN proposal last week, he noted that while it was not easy to reach a solution, the actual outcome is fit for purpose.

He says, during the HWEN consultation programme, 99% of farmers opposed agriculture being included in the ETS and 86% supported the farm-level proposal.

Van der Poel says under the HWEN proposal there is an opportunity for levy funds to be recycled back to fund new research and tools to fund new research and tools to further help farmers reduce their emissions. He says the consultation process, although run at a difficult time during the pandemic, still saw 2,600 farmers engage by attending workshops or tuning into webinars. He says that feedback helped shape DairyNZ's position.

"Unlike the ETS, the HWEN system will actually reduce emissions, and will recognise and incentivise on-farm actions. It will invest in R&D to find new solutions, building on the already significant primary sector investment - including by dairy farmers - via DairyNZ," he says.

"Crucially, the He Waka Eke Noa system would enable farmers to continue running successful businesses, which means we continue contributing to our families, the economy and local communities," he says.

Van der Poel says DairyNZ fought really hard for an opportunity to develop a better solution after the Government passed legislation to say it would put agriculture into the ETS. He says there is an proposal, given that they have gone into this process in good faith. He says they will work with government to get their support.

As for the critics, Van der Poel had this to say: "There are always parties who are going to play politics around this - that is to be expected.

"But now our objective is to put something in place that works for farming, helps NZ meet its commitment to the Paris Accord and is enduring so that it sits out of the three-year political cycle."