Demand for A2 dairy sires 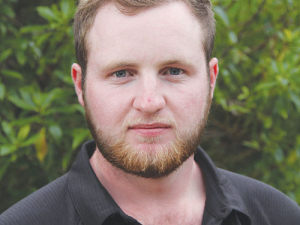 Farmer demand for A2 dairy bulls for the upcoming mating season is at record levels, says the marketing arm of World Wide Sires NZ.

Craig Roberson, genetics product manager, says until this year – and Fonterra’s announcement encouraging farmers to consider breeding their herds to A2 – they had a moderate and growing demand for elite sires which were A2, in addition to the traits farmers want such as fertility, easy calving, high components and moderate size.

“However, after Fonterra’s incentive to change, demand has increased to record levels.”

Robertson says the World Wide Sires’ A2 team is believed among the world’s largest, with 311 A2 sires across all breeds (but mostly Holstein Friesian and Jersey) available to NZ farmers.

“It means we can cater to whatever farmers want to focus on – bulls strong across all traits or with emphasis on a few; there are simply no trade-offs for going A2.”

“Select Sires is, by volume of semen sold, the largest AB company in the world with more than 20 million straws sold each year to every dairy nation around the globe.”

Meanwhile, The a2 milk Company unaudited group revenue for the year ending June 30 was $922 million, representing an annual sales lift of 68%. This beats the May forecast of $900m to $920m.

The company, based in Auckland but headquartered in Sydney, expects an earnings before tax to sales ratio of 30%. It says it has finished planning for 2018-19 and expects more growth in revenue from nutritional products.

For the coming year it plans to spend more on marketing as a percentage of sales, refine its activities in China and spend more to support the US market expansion. Overhead costs are expected to be higher primarily due to increasing staff for China and the corporate office to support growth.

The a2 Milk Company recently extended its supply agreement with Synlait, including extending the agreement by two years to five years (to July 31, 2023).

It also included an increase in the volume of infant formula products over which Synlait already has exclusive supply rights, and increased committed production capacity from Synlait.

Jayne Hrdlicka took the reins as chief executive and managing director of a2 Milk last Monday.

Hrdlicka is an outstanding senior executive with strengths relevant to a2MC’s next growth phase, the company says. These include extensive experience in strategy formulation and execution and, importantly, understanding of operating in a disruptive environment.

Hrdlicka was most recently employed for five years as chief executive of the Jetstar Group, a subsidiary of Qantas, was a non-executive director of Woolworths, and was a partner at Bain & Company in the US, working on customer-orientated businesses.

Milk company A2 has announced a net profit of $386 million, a 34% increase over the previous financial year.