Emissions target ‘not grounded in science’ 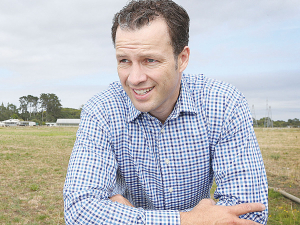 DairyNZ has voiced to Parliament strong opposition to some aspects of the Zero Carbon Bill.

Especially it opposes the proposal to reduce emissions of biogenic methane to within a range of 24% to 47% below 2017 levels by 2050.

DairyNZ was last week among thousands of groups and individuals lodging submissions on the Bill. Parliament’s environment select committee will hear the submissions and report in October.

Chief executive Dr Tim Mackle says it agrees with much of the Bill, eg five yearly review of targets and the setting up of an independent climate change commission. He says DairyNZ accepts the 10% target for 2030 as a big challenge but doesn’t necessarily support it.

“Regarding the 2050 targets of 24 to 47 %, this number is not grounded in science or economics in the NZ context. This range for methane, combined with reducing nitrous oxide to net zero, goes beyond expert scientific advice for what is necessary for New Zealand agriculture to limit global warming to no more than 1.5°C.

“It is very important to get the range right.  If we get this wrong it will have significant impacts on not just the dairy sector, but the economic, social and cultural wellbeing of NZ,” Mackle says.

DairyNZ has looked long at the science of climate change of which the Zero Carbon Bill is a part, Mackle says. Related to this are essential fresh water, animal care, looking after people and pursuing a competitive, profitable industry.  A single focus is unhelpful. It must all be integrated in a farm systems context.

The conflict of various scientific views is being raised regarding the Zero Carbon Bill and other climate change issues.

“Scientists don’t always agree,” Mackle says. “As a  former scientist myself I can tell you that. They are just like politicians and others. That is the nature of the beast.”

He wants to see change in the talk about emissions in volume terms. Instead he wants the narrative to change to the topic of reducing emissions warming, which is the desired outcome.