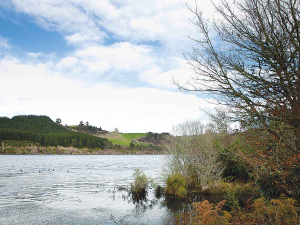 PC1 applies to about 10,000 properties covering 1.1 million hectares within the Waikato and Waipā river catchments.

The Environment Court has ruled that individual farmers and growers now have 70 days from May 11 to appeal Waikato Regional Council (WRC) Plan Change 1 (PC1).

All other stakeholders including milk processors and industry-good organisations have 50 days from April 28, when Level 4 lockdown ended, to file appeals.

Both WRC and Federated Farmers had filed applications to the Environment Court seeking waivers to the timeframe to file an appeal against PC1 in the face of COVID-19 disruptions.

The council was seeking a timeframe of either 50 working days from the notice of the council’s decision on submissions or 30 working days after Alert Level 4 restrictions ended, whichever is the later date.

In its application Federated Farmers argued that the council’s timeframe would create “significant prejudice” to farmers and growers and sought an 80-day time for filing of appeals.

The council opposed Federated Farmers’ application on the grounds that it would “create precedent” and that there was “a high degree of uncertainty about the way it was framed, both in relation to who it covers and when it starts”.

In her ruling, Justice Harland rejected the council’s argument.

“With respect, I disagree. In relation to ‘individual farmers and grower’, it should easily be able to be identified from the submissions filed and from those submitters who appeared either themselves or through a representative farmers or growers association, who these individuals are,” Justice Harland said.

“A common-sense approach should be taken to this issue, and if it is, in my view there should be no difficulty or uncertainty identifying this group of people. However, to also provide greater clarity I determine that individual farmers and growers include individual persons and companies engaged in farming and growing enterprises.”

She also rejected the notion of any precedent effect arising from her decision.

She noted that the applications had been made in “unusual and unprecedented times”.

“There have been other applications granted during this period to extend appeal timeframes, and some in relation to plan changes.

“Each has been determined on their own facts.  This case is by far the most unusual in terms of its scale, the length of the decision under appeal, and generally the scale of the litigation that is likely to arise from the subject matter of the decision.”

Justice Harland says the 70-day timeframe for farmers and growers to file appeals will provide certainty.

“If the COVID-19 situation means a reversion is necessary, a further application can be filed to look at the situation then.”