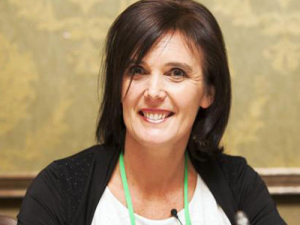 Guiney and corporate farmer John Nicholls self nominated for the board elections.

They will go against the three candidates nominated by Fonterra’s board and Shareholders Council; Peter McBride, Jamie Tuuta and sitting director Ashley Waugh.

Two sitting directors- former chairman John Wilson and Nicola Shadbolt are retiring from the board. Each year three farmer-elected directors retire by rotation.

Guiney, who served on the board for three years, failed to win board nomination last year.

Following the completion of the Self Nomination Process for the 2018 Directors’ Election Process, there are five candidates standing for three places on the Fonterra Board in 2018.

Fonterra shareholders have the opportunity to meet candidates at seven locations throughout the country, starting in Invercargill on October 23.