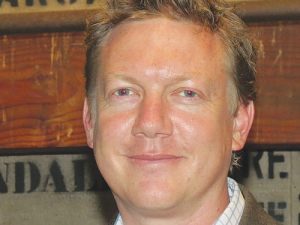 New Zealand has been extremely good at farming intensification but that model now has to change, says Landcorp chief executive Steve Carden.

We became extremely good and efficient at intensification to produce more milk, meat and wool.

The problem we have all identified is we have now reached our economic, social and environmental limits on that model.

The intensification model needs to change and new strategy is needed for creating wealth from our farms.

The challenge is, however, that the world population is on track for 10 billion by 2050. More food must be produced with less water and input.

“Those of us in the food sector haven’t figured out how to do that yet,” Carden said.

About three years ago Landcorp was heavily criticised for its intensification strategy and the desire to shift a lot of its land into intensive dairying.

The company decided it was sick of the “you win we lose” type of conversation that was happening. It decided to get together with the people most concerned about farming and ask them to help solve the problems. The group included critics who have been “an extremely effective part of our business,” Carden says.

“We’ve had some really difficult, awkward and at times unpleasant conversations. You have to be prepared to have those to solve these problems rather than take entrenched positions from which people are actually shouting at each other through the media.”

Landcorp has also started to measure everything. Every farm has a score card produced on a real time basis.

Now it is starting to replant, reforest -- going back to the past putting much of the steep hilly land back into trees.

“We need to start getting our carbon footprint looking much more responsible than it has been.”

Palm kernel has been removed from their system “because people don’t like that with their farmers”. “And actually it is a great way to farm – many farmers have approached me saying ‘thank goodness you decided to do that’.”

“We’ve just stopped dairy conversion – pulled back a whole lot of plans to convert more land to dairying. We are trying very hard to think of alternative land uses to give us a good economic return with much lower environmental costs.

“So we have started to walk the talk on farming more sustainably.”

Big data and technologies which come with it “are our friends”. “We can be much more specific now about the nutrients and water we apply to the plants we farm to produce just the right growth we need to optimise the production from that farm.”