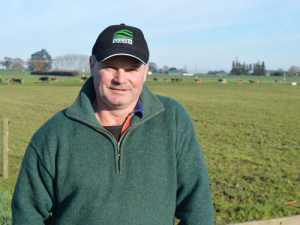 A farmer leader wants the incoming government to can Labour’s proposed water tax.

“Now that the coalition has been announced I would expect that all Labour/Green policies will be put under the NZ First microscope,” says McGiven.

“I can only hope that the water tax is canned as realisation that costs by far outweigh the benefits environmentally and economically.”

Prime Minister-elect Jacinda Ardern seemed to hint that the water tax was history.

She told reporters that NZ First leader Winston Peters was "very firm" on the controversial levy.

Ardern says she is "still sticking to the goal of improving our waterways", Peters "campaigned very firmly" against it.

"We are going to release the details early next week. People will understand that Mr Peters campaigned very firmly on that issue. I campaigned on water quality - I'm still sticking to the goal of improving our waterways... but I can tell you Mr Peters was very firm on that."

During the election campaign, farmers protested against the proposed water tax in Ardern’s hometown, Morrinsville.