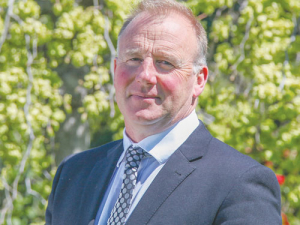 LIC director Steve Poole will step down at the end of next month.

Poole has chosen not to seek re-election; the LIC board is made up of seven farmer-elected directors and three independent directors.

Poole joined the LIC board in 2010 and has served two terms as one of two farmer-elected directors for the central (North Island) region. Both central region LIC directors will complete their current term on May 31, with replacements to be determined by shareholder election. Voting packs were distributed to shareholders last week.

“Steve has always focused on what is in the best interests of New Zealand dairy farmers.

“He showed real commitment to the share simplification process and was able to conduct complex discussions in a simple farmer-friendly manner with his fellow shareholders.”

Poole and his wife Maria are dairy farmers in Kapuni, Taranaki, milking 800 cows on 210ha. Prior to joining the LIC board in June 2010 he had a long association with LIC as a customer, shareholder, employee and shareholder representative. He was an AB technician for 20 years and a member of LIC’s shareholder council for two years (2008-2010).