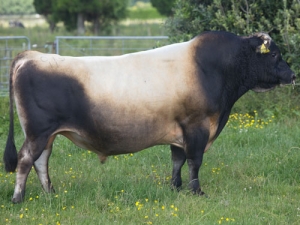 Two of LIC's artificial breeding bulls were named sires of the season by Jersey and Holstein-Friesian breed societies at their annual conferences last month.

LIC bull acquisition manager, Malcolm Ellis, says it is an honour for the co-op's sires to be recognised by the societies again, after LIC sires took out both awards last year also.

"It's fantastic that two of our top sires have been recognised with these prestigious awards and I know the breeders are equally as pleased.

"These awards acknowledge the enormous contribution that the sires are making to New Zealand's dairy industry and they also recognise the expertise to breed these elite animals for LIC and our farmers."

Mark and Megan Heslop (Bay of Plenty, recently relocated from Cambridge) bred Jericho, while Ray and Sandra Hocking of Takaka joined Stewart and Kathryn Anderson of Otorohanga to breed Beamer.

Jericho is currently the sixth ranked Jersey bull, with 253 breeding worth (BW) and Beamer is the number one ranked bull across all breeds with 328BW.

The bulls are already proving popular with farmers for this coming mating season, says Ellis, both sitting high on the industry's Ranking of Active Sires (RAS) list for their breeds.

Both bulls are expected to form part of the co-op's Premier Sires teams for 2015, to be confirmed next month. Jericho is also available through the Alpha Nominated frozen service while Beamer has already sold out.

Beamer is a second-generation winner of the Mahoe Trophy after his sire, Fairmont Mint Edition, took out the title in 2009.