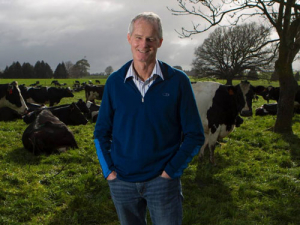 Dairy farmers are being asked to approve a levy of up to 3.9 cents/kgMS over the next two seasons to pay their share of the Mycoplasma bovis eradication effort.

DairyNZ emphasises that 3.9c/kgMS is the proposed maximum, chosen so that the bulk of the M.bovis response can be paid for in the first two years and after that substantially decreased. It represents about $6100 per year, for those two years, for an average farm milking 430 cows.

DairyNZ has published the figure at the start of a three-week consultation period, saying farmers are “strongly encouraged” to comment on the proposal.

After the decision last May to move to eradication of M.bovis, the Government estimated the total response cost over 10 years to be $870 million. The Government would pay $591m, the dairy sector $262m and the beef sector $17.4m. DairyNZ and Beef + Lamb NZ will each apply their own levying regime after consulting with their sectors.

“The consultation on the response levy is now underway and we want to hear from every dairy farmer,” said DairyNZ chair Jim van der Poel.

“Eradication is looking achievable and this is a great outcome for New Zealand. Partnering with the Government has significantly reduced the costs of managing the M.bovis response, and we are very grateful for the support of the Government and the public.”

DairyNZ has posted information packs to all dairy farmers. Nine consultation meetings will be held NZ-wide on February 18-22.

The consultation period ends on February 28. DairyNZ must then make a recommendation to MPI. The levy would take effect on June 1, collected and paid in the same way as levies under the Commodity Levies (Milksolids) Order 2014, i.e. dairy processors will pay the levy and recover it from suppliers.

Beef farmers will pay their share via a separate levy at slaughter but dairy cull cows will not be subject to that so dairy farmers will not pay twice.

“We understand that the financial contribution to the M.bovis response, via the levy, will be challenging for some farmers. However, we believe it was the right decision to eradicate rather than let the disease spread through our stock.

“Letting M.bovis spread would have been a more serious challenge and have much higher and longer lasting costs,” said van der Poel.

“We want to hear from farmers because they will all contribute towards dairy’s share of the eradication. It’s vital that farmers ask the questions they need to and know where to go for more information,” he said.

The biosecurity response levy has officially been in place, but at a nominal level (effectively zero) since DairyNZ joined the Government Industry Agreement for Biosecurity Readiness and Response (GIA) last year.

Ramping it up to tackle M.bovis will be the first time it has been invoked to deal with a specific biosecurity threat.

DairyNZ says the rate will be reviewed annually and will reduce significantly once the costs of the M.bovis response are recovered unless there is another biosecurity response required.

DairyNZ says the GIA commits the dairy sector and the Government to work in partnership to improve readiness for biosecurity events and jointly respond to outbreaks. As a signatory to GIA, DairyNZ has more influence on behalf of farmers in biosecurity readiness and response decisions and activities.

Email This email address is being protected from spambots. You need JavaScript enabled to view it.

An information pack has gone to dairy farmers for their feedback on the included freepost form. This can also be completed online at dairynz.co.nz/GIA

For dates and venues of the nine consultation meetings NZ-wide, visit dairynz.co.nz/GIA