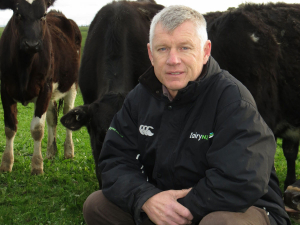 Mind your negative language to farmers: that’s the message to rural professionals dealing with dairy farmers in the lower North Island.

But this is not a complaint about rural professionals swearing or using abusive language; rather it is about the words they use when talking to farmers about the state of the industry and related issues.

Rural professionals met recently to discuss low morale among dairy farmers in the lower North Island. Rob Brazendale, of DairyNZ, says they were trying to determine the causes of low morale.

“We identified things such as the increasing compliance costs, uncertainty about milk companies, negative rhetoric coming from central government about the industry and the land market being pretty flat; all these are impacting on low farmer morale. A lot of farmers are feeling quite despondent,” he says.

Brazendale says the group asked themselves whether they were adding to the low morale or countering it by their interactions with farmers. They concluded that they should be positive about the future and not put negative connotations on issues.

The group, which includes bankers, retailers, accountants, farm advisors, vets and others, are regularly in touch with farmers and often they pick up things farmers say and this can be negative.

“We have to look at our language and how we use it and how we frame questions. We have to put things in perspective and try to talk about the good things in the industry.”