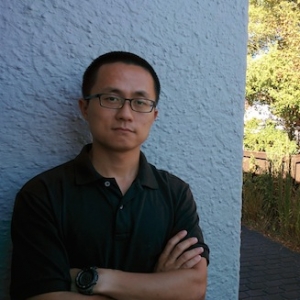 A Lincoln University IT graduate has developed an app that is making life much easier for staff carrying out fieldwork.

While working towards his graduate diploma of software and IT, Zhou took on an internship at a plant breeding and research company. He says he came up with the idea for the app after talking to Agriseeds staff and monitoring their workflow.

"Seed data from the field used to be collected using paper and pen and keyed into a spreadsheet back at the office. After having some discussions with staff, we thought we would make things easier by developing an app," he says.

"The system is based on Microsoft Excel and runs on a tablet. It works by collecting data via a friendly, front-end interface, then the data is automatically transferred to Excel in standard format with error checking and validation. This makes it handy for preventing mistakes."

Eady says the internship finished in November, but Zhou continued to work at Agriseeds for a further three months to help troubleshoot any problems with the app.

"During this time, he established efficient electronic capture and transfer of data between the Agriseeds Quality Assurance and Breeding team. He also helped improve a previous Lincoln University/Agriseeds collaboration concerning seed image analysis."

"I'd like to continue advancing my career as an engineer in the IT industry. The knowledge and techniques I've learned from the Lincoln course have given me a lot of ideas, as well as a new vision," says Zhou.

A clever new app called HarvestYield is said to eliminate the tedious paper trail associated with job recording and worker timesheets, while also offering a suite of management tools.