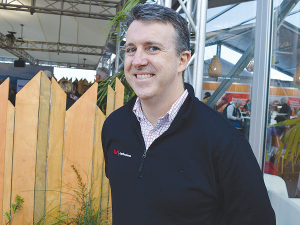 Westpac senior agri economist Nathan Penny expects the dip in dairy prices to be temporary as the Chinese Omicron wave will eventually pass and Covid restrictions will thus ease.

ANZ has decided to slash 80c off its opening forecast for the new season starting June 1.

The bank's new forecast farmgate milk price is $8.50/kgMS, down from $9.30. ANZ's agri economist Susan Kilsby says global risks are elevated and this is driving uncertainty.

"The Ukraine situation is adding pressure to what is already an overheated commodity market."

Kilsby expects dairy prices to fall for the next six months before stabilising.

"There is considerable uncertainty about how supply constraints and waning demand will balance out in terms of price movements."

"We still expect this dip in Chinese demand will prove temporary as this Omicron wave will eventually pass and Covid restrictions will thus ease," says senior agri economist Nathan Penny.

"Moreover, we have already incorporated a moderation in prices into our forecast and the recent fall in the New Zealand dollar is also offsetting some of the global dairy price fall."

ASB is also sticking to its forecast of $9.20/kgMS. The bank's economist Nat Keall says its views is that the dairy market fundamentals still look pretty favourable to prices.

Keall notes that local production here in NZ is down 5% year-to-date as of the end of March, while global production looks likely to be flat at best this season.

"Meanwhile, we expect demand in China to remain relatively robust despite the lockdown uncertainties, with security of food supply expected to be politically important ahead of this year's party congress," he says.

"Notably, the both the contract curve and the futures market have a considerable upward slope at this point, implying that while buyers are well supplied in the near-term, the present glut of WMP is expected to subside and competition for product will ramp up again later in the year."

A more favourable exchange rate is also likely to help offset some of the recent trimming in prices. Keall says dairy prices aren't going to stay this high forever, but for now, he's confident of strong farmgate milk prices for this season and the next.

"We retain both our forecasts for the current and upcoming season, with the shape of Northern Hemisphere production over the coming months looming as the next big pivot point."

Fonterra is yet to announce its opening forecast milk price for the new season.