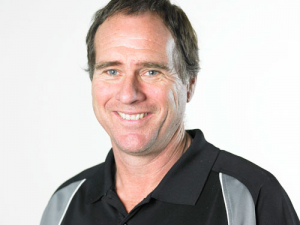 He passed away yesterday.

Van Bysterveldt was a passionate advocate and leader for pasture-based farm systems and his work helped shape and influence the direction of dairy farming, particularly in the South Island where he was a dedicated leader.

“Adrian was so passionate about all things dairy and really believed in pasture-based farm systems, he had an incredible enthusiasm for the sector and the people in it,” says Tim Mackle, DairyNZ chief executive.

“Adrian was at the forefront of dairy farming in Canterbury and played a big role in establishing the Lincoln University Dairy Farm (LUDF), helping found it as a nationally and internationally-renowned demonstration farm.

“Farmers and sector specialists attended events just to hear him speak. Adrian was a natural teacher and dedicated to developing a farm’s performance and establishing new strategies farmers could utilise on their properties – by simply making the most of the grass under their feet,” said Mackle.

“His ability to tell a story of what was happening on a farm and how decisions affect outcomes were remarkable, and people recognised his skill. His drive, passion and talent will be sorely missed.”

Before joining Dairy Holdings Ltd in 2016 as the company’s farm practice advisor, he spent 15 years with DairyNZ as a consulting officer and later a senior developer working on farm systems and farm governance. He also spent time with Ireland’s agriculture and food research body, Teagasc.

“Adrian had a brilliant way of motivating people of all ages to become great pasture managers. He was performance focused and thrived among those who shared his enthusiasm,” said Glass.

“In 2003, Adrian first assisted our Tasmanian operators to hone their pasture management skills. This association with Dairy Holdings has grown over time and he is regarded not only as our ‘pasture champion’ but a lifelong friend and colleague.”

Former colleague Corrigan Sowman says van Bysterveldt was a mentor whose discipline and views were invaluable, particularly on how to underpin farming with pasture and progress in a way that suited the environment.

“He made us think really hard about why we were running the farm and asking ‘were there better options’? Early LUDF days were an exciting time and farmers flocked to hear him – at one event over 400 farmers turned up. And whilst you may have thought he was being very critical, it was a sign of how much he truly cared. His contribution was immense.”

Along with his passion for dairy, van Bysterveldt was also passionate about his family, and was a real family man.

He is survived by his wife, Anne and their children.