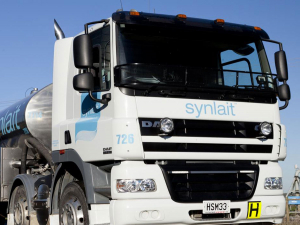 Canterbury milk processor Synlait says it has filed an application for leave to appeal to the Supreme Court in relation to the removal of land covenants on its Pokeno land.

The application to the Supreme Court was filed in Wellington today.

In February 2018 Synlait announced the conditional purchase of 28 hectares of land in Pokeno to establish its second nutritional powder manufacturing site.

In November 2018 the High Court removed covenants over the land which would hinder Synlait’s development of the land.  Synlait then took ownership of the land.

In May 2019 the Court of Appeal overturned the High Court decision to remove historic covenants.

“This is really just the next step in the process as we continue to progress all our options,” says Synlait’s chief executive, Leon Clement.

“We are also still in continued conversations with all parties and we remain confident of a positive outcome,” he says.

Synlait’s has reiterated that the plans for the Pokeno site haven’t changed.

“We will continue to work towards the existing project timetable including the build, commissioning and production,” says Clement.

“We remain committed to Pokeno as well as our shareholders and other stakeholders in Pokeno such as our farmers, suppliers and staff,” he says.