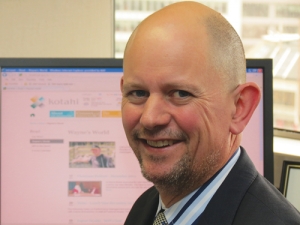 LIC and CRV may be rivals in New Zealand but they are working together in Australia.

As part of the agreement, LIC’s Australian subsidiary business will distribute CRV’s global genetics products to Australian farmers alongside its own genetics offering. In NZ, LIC competes with CRVAmbreed in the dairy sector.

“LIC has been supplying Australian dairy farmers with NZ genetics for more than 15 years, but the inclusion of genetics from CRV will allow us to cater to a wider range of farmers and grow the business in Australia,” McNee says.

“We see it as a positive move for Australia’s dairy farmers who… need quality genetics at competitive prices….”