Selecting sires to benefit all farmers 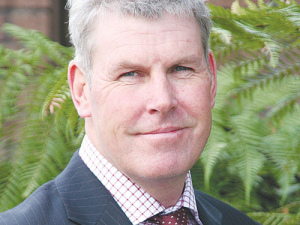 He says LIC provides choice so farmers can select the breeding programme best for their herd and farming business and budget.

Speaking at the LIC Breeder Day in Hamilton, King noted that this approach works for its farmers. For example, the Sire Proving and Premier Sires team of bulls. “By pooling information from the national herd LIC is able to select potential sires which in turn benefit the full membership.”

King says there is huge satisfaction in being part of an organisation which creates value and prosperity not just for today’s farmers, but for future generations.

“As a farmer, I can tell the breeders that I stand in awe of what you have achieved; not only are you successful dairy farmers, but you also have the distinction of belonging to a unique group of farmers who breed bulls good enough to bear the Premier Sires title.

“LIC is immensely proud of our partnership with you because of the value it delivers – not just this year, but for years to come, on the average Kiwi dairy farm, to the industry and to the New Zealand economy.”

King noted that as farming systems and preferences have changed so have the breed compositions. Total bulls proven to date equate to about 2% Ayrshire, 39% Jersey, 48% Holstein Friesian and now 10% KiwiCross.

King says all farmers can use Premier Sires knowing that future herd replacements will be better than their mothers – more efficient, more fertile, more productive and more profitable.

“With this realisation in mind, it’s hard to consider what the farmers of the 1930s and 1940s had to deal with.”

King says LIC, because of its size and farmer involvement, has always broken new ground in science and R&D.

“In addition to the modern technology there is still no substitute for the fundamental principles of good dairy herd improvement, in particular good record keeping, stockmanship and following superior family lines.”