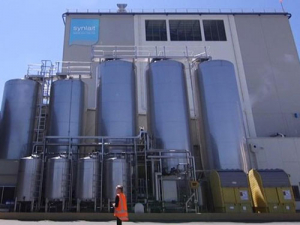 Synlait made a net profit of $74.6 million last year.

The company almost doubled its net profit after tax (NPAT) of $39.5 million announced for the same period the previous year.

The company says results for the financial year ending 31 July 2018 were achieved in a period of large investment, and a renewed focus on the future.

An increase in finished infant formula sales helped to drive this profit, which was enabled by a number of investments in the blending and consumer packaging space.

“In November 2017 we completed our second Dunsandel wetmix kitchen, and the same month commissioned our Auckland blending and consumer packaging facility. Both these projects have allowed us to increase our finished infant formula capacity,” said Graeme Milne, chairman.

Synlait also announced that it has entered into a conditional agreement to acquire selected Talbot Forest Cheese assets. This includes property, plant and equipment at a new 12,000 MT Temuka site, the consumer cheese brand (Talbot Forest Cheese) and customer relationships.

FY18 has been a successful year for Synlait, with top line revenue increasing from $759 million to $879 million.

“That is a gratifying 16% growth in top line and an 89% growth in bottom line,” says Milne.

Synlait’s final average total milk price for FY18 has been announced at $6.78/kgMS; includes a base milk price of $6.65/kgMS and seasonal and average value-added incentive payments of 13c/kgMS.