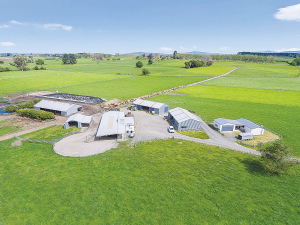 Farmers are being urged to be proactive and budget for compliance with the new greenhouse gas (GHG) emission regulations.

A Waipa-based chartered accountant says the average Waikato dairy farm could incur a $5,200/ year cost when the Zero Carbon Act comes into force in 2025.

Jarrod Godfrey, associate partner at Findex Waikato, is encouraging farmers to be proactive and budget for compliance with the new greenhouse gas (GHG) emission regulations.

“We don’t know what that pricing system looks like just yet, but we do know what the current version of the Emissions Trading Scheme (ETS) looks like. If you use the ETS as a guide for what the agricultural system might look like, then you can take steps now to quantify that potential cost to your farming business,” Godfrey says.

Under an ETS-type system, farmers might have the option to physically reduce GHG emissions by 10%, purchase carbon credits from a market to achieve a similar result, or a mixture of both.

All three options have costs associated to them.

Godfrey says that a reduction in GHG emissions could be achieved by reducing stock numbers, planting trees on farm, or a farm system change, among other options. However, he says, the financial impact of these options varies significantly.

“Purchasing carbon credits to achieve that 10% reduction might be the other option, something which can be quantified more easily using the current price of carbon credits as a guide.”

He says that for an average 130ha Waikato dairy farm, peak milking 365 cows under a Dairy NZ System 3, GHG emissions could be close to eight tonnes per ha. Multiplied by an average effective area of 130ha, this means estimated GHG emissions of 1,040 tonnes.

“Farmers are generally more conservative in nature, but also very proactive in managing risk in their farming business. We’re starting to see some take steps now to budget for the medium-term cash impact of that 10% reduction. At $50 per tonne, that would be $5,200 per year for a standard 130ha Waikato dairy farm,” says Godfrey.

He adds that having knowledge of that number now is helping farmers prepare for the future, getting them prepared now for when the pricing system for agricultural GHG emissions is announced in 2025.

He recommends using the tools already available through Dairy NZ and He Waka Eke Noa, including GHG emissions calculators. “Taking steps now to estimate that number will help farmers understand the potential impact on their business – and ultimately rest a little easier.”