Doing well for a small outfit 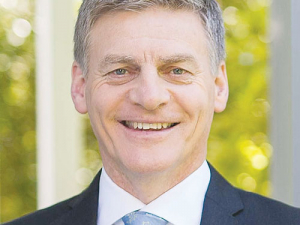 Prime Minister Bill English recently spoke at the NZ Institute of International Affairs annual dinner and touched on trade. Here are excerpts from his speech.

The vein of commentary that says the whole world is turning protectionist may be true; there’s some evidence for it. But it’s no evidence to hold New Zealand back in our goals, which are to have by 2030 some 90% of our export trade covered by FTAs, as we announced two or three months ago.

Naïve Kiwi optimism has been helpful in this. Because while we hear rhetoric about growing protectionism, we are now moving into the serious stages of a trade agreement with the EU and the upgrade of the Chinese FTA, and we have good prospects on Pacific Alliance horizon.

And we were close to the Gulf States before the Qatar crisis blew up.

So in a world where protectionism is apparently growing, we are making more progress than for some time on a wider portfolio of agreements than has been possible to entertain in the past.

And that’s before you get to TPP11. And the progress there is certainly the product of naïve Kiwi optimism.

When the US left the agreement, ignoring our strategic arguments for the role they could play in leadership in the Asia-Pacific region, NZ decided we’d try to make what we could of the remaining 11 countries getting together, despite recent public statements, earlier this year, that TPP was dead.

Due to excellent work by Todd McClay, who has been on the road virtually full-time since then, there is now a realistic prospect – though no guarantee – that the remaining 11 countries will come to agreement late this year.

And we are seeing among those countries something of the same dynamic we’re seeing in Europe -- meaning as the US has pulled back from its interest in trade, and as Britain has headed down the Brexit route, the groupings of remaining countries have if anything strengthened their resolve and commitment.

It was clear to me in Europe in January that European Union President Juncker wanted to show the British that the EU could execute an FTA with a nice friendly easy country like NZ (well, if you take out the agricultural bit).

And much the same with the TPP where, with the withdrawal of the US, notably Japan is now, incredibly, showing leadership on open trade.

I also take the view, partly because of my experience as a minister of finance, that while politics is more volatile, economies are not. Surely a reason for optimism.

It’s certainly a much better economic outlook than it was in 2009-10 when, at the time, politics looked predictable and stable.  But in the long run, economics drives political change as much as politics drives economics, and we are a principal beneficiary of greater economic stability.

The fact is that the EU for instance has muddled its way through an economic crisis probably more successfully than anyone expected just five-six years ago. They still have problems: the Italian banking system, for example. They still haven’t worked out how to do EU fiscal management and how to fit that in with their central banking, which is done transnationally. But nevertheless, they are more stable.

And even the US economy is growing: it has low unemployment -- around 5 or 6%, it’s creating some of the dynamism now pulling Asia-Pacific along, including ourselves, and that is to be welcomed.

So for NZ, now among the better economic performers in the OECD, it helps our credibility when we are talking about foreign affairs issues; they simply take more notice because we’re doing rather better than we were.

Another key to the success of NZ and to our ongoing relevance in making our way in the world is the relationships we’ve set up. My coming into this role behind John Key sets the bar rather high; by that I mean the quality of the personal relationships he’s enjoyed with leaders of much larger countries -- not that he always found it easy.

Occasionally he’d come home and complain he was the only one who didn’t have a jet and how his colleagues were horrified to find that he as a world leader had to travel on commercial aircraft. But I assured him it was character building and kept him in touch with normal people.

But there’s no doubt that he and before him Helen Clark, as just two prime ministers in 17 years, have built a set of relationships we have benefited from and need to follow up on.