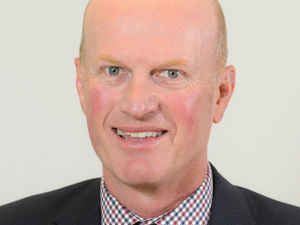 Restrictive regulatory processes and political decisionmaking based on gaining votes, rather than good science, means very few new active substances are introduced. A gradual loss of these substances will see farmers struggling to control pest populations in coming years.

Trade barriers, threats to intellectual property, hazard-based assessments and political change are all causing regulatory uncertainty. With these drivers, an uncertain future prevails.

Recently adopted European Union standards on endocrine disruptors resulted in complaints to the World Trade Organisation from Canada, Australia and the US. The criteria are deficient due to being based on hazards, without considering exposure – ignoring the principal of sound risk assessment. As a result, more substances could be banned, leading to restrictions in trade. Some of New Zealand’s fresh produce exported to Europe could come under greater scrutiny, due to a reduction in maximum residue levels (MRLs).

It is critical that decision-making on MRLs and import tolerances are based on complete risk assessments. Currently, if a compound is identified as an endocrine disruptor or meets other hazard-based cut-offs, such as for reproductive toxicants, the classification decisions trigger regulatory non-approval and default MRLs, regardless of the actual risks.

Farmers support strict pesticide regulation and are well aware of the need to adopt measures to discourage the growth of pest populations. This keeps pesticides and other interventions to economically justified levels and minimises risks to people and the environment. But taking valuable tools away from farmers without sound risk-based science is ludicrous. Withdrawing products is sensible when it’s due to outdated chemistry, but not when it is brought about by political pressure, media ‘untruths’ or misinterpreted assessments.

Regulation needs to focus on science and safety, not political popularity. Europe’s conservative approach to approving new agrichemicals is longstanding, but the current regulatory environment is out of control.

A major concern is NZ regulators adopting EU practices for assessing products. Agcarm and its member companies are watching this.

We remain focused on stewardship and ensuring that regulatory processes and decisions are sensible. Sensible regulatory systems allow the use of agrichemicals that are proven to be safe, environmentally friendly, effective and targeted.

This allows a variety of new products that offer pest control solutions for farmers now and in future.