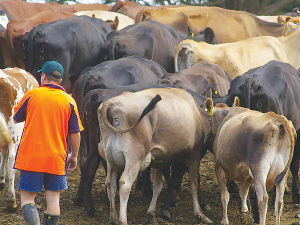 A recent report on remuneration for farm workers shows the great strides dairy farmers have made over the years.

In the past the dairy sector has faced criticism for overworking and underpaying migrant workers. Not any more, according to the 2022 Federated Farmers - Rabobank Farm Salaries Remuneration Summary Report.

The survey, carried out by independent firm Research First, is based on responses from 729 employers/farm sector businesses of all sizes, covering a total of more than 2,200 employees.

It found salaries across on-farm positions were up by a weighted average of 14% since 2020, with the mean salary rising to $63,931. Dairy sector salaries increased by an average of 15%.

The dairy operations manager role – the most senior dairy position – recorded the largest salary increase of all the surveyed on-farm positions, jumping by 27% from two years ago to a mean of $107,593.

Rabobank notes that this is the highest average salary of all the surveyed roles and reflects the significant responsibility that comes with this role, which includes managing the farm’s physical performance and budget as well as negotiating with a host of farm supply companies.

In addition to data and trend analysis for salaries across a number of on-farm roles, the report also provides a range of other information relating to on-farm positions, including Total Package Values (which factor in other employment benefits such as food and vehicle use), workers’ length of service, accommodation costs and weekly hours worked.

Rabobank says it was encouraging to see remuneration for on-farm roles growing strongly, given the huge contribution the sector had made to the country’s broader economy in recent years.

The food and agri sector has been the shining light of the New Zealand economy since the onset of the Covid-19 pandemic, and it’s promising to see those working in the sector are now receiving significantly higher salaries than they were two years ago.

However, for the sector to continue to flourish, it’s essential it is viewed as an attractive place to work. And competitive remuneration is a key ingredient that will help to entice school leavers and other workers into on-farm roles.

The survey shows that on top of wages, other factors make up the total value of remuneration packages for farm staff, such as accommodation, meat, firewood and KiwiSaver. That’s several thousand dollars of extra value to workers across all the sectors.

The dairy sector can no longer be criticised for not paying its workers enough.

Hopefully, this means more job enquiries from locals to milk and look after cows.