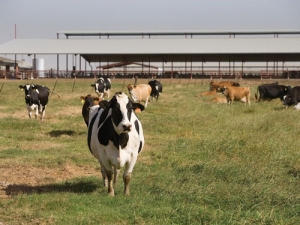 Methane emissions from cattle in Australia are 24% lower than previously estimated.

The research was undertaken by scientists and officials from across Australia, and was based on data collected over eight years of research as part of the Meat & Livestock Australia's (MLA) methane abatement research programs.

The new methodology also brings the NGGI in line with the estimates of the Intergovernmental Panel on Climate Change (IPCC), the leading international body on the assessment of climate change, established by the United Nations Environment Programme (UNEP) and the World Meteorological Organisation in 1988.

"Different methods used to calculate emissions from livestock in temperate and tropical regions were based on studies done in the 1960s and 1990s, mainly with dairy cattle," says Charmley.

"Both of these past methods were found to be likely over-estimating the emissions from cattle.

"The revised method, which is based on improved ways of estimating ruminant methane emissions from forage-fed beef and dairy cattle, be they in temperate or tropical regions, has been tested against international defaults provided by the IPCC and found to give consistent methane yields."

"This is positive news for the Australian livestock sector as it seeks to continually improve its production efficiencies and demonstrate its environmental credentials." says McDonagh.