Saputo pays $1.9b for Dairy Crest 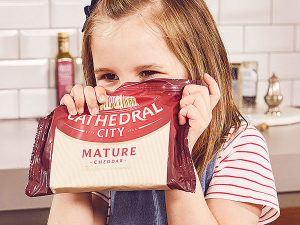 Saputo, which recently became the largest milk processor in Australia, will pay $1.9 billion for Dairy Crest.

“The only surprise is buying a UK cheese company in a market that is about two-thirds private label, on the eve of an extremely uncertain Brexit… but I am sure they have done their homework,” Spencer told Dairy News.

He notes that Saputo has a strong balance sheet and can afford to pay for companies that might be underperforming.

“Dairy Crest, however, is a growing business and Saputo has paid a full price for the company. It gets them back into the European scene in a large consumer market,” Spencer says.

Commenting on the acquisition, Saputo chairman Lino Saputo Jr says Dairy Crest is an attractive platform for Saputo and fits well within its growth strategy.

“We believe that under Saputo ownership, Dairy Crest will be able to accelerate its long-term growth and business development potential and provide benefits to Dairy Crest’s employees and stakeholders.”

Until December 2015, the company used to process and sell milk and owned the Frijj milkshake brand; it was sold to Germany’s Müller for $154m.

Dairy Crest chairman Stephen Alexander says the board is unanimously recommending Saputo’s all-cash offer. He notes that both companies have built strong positions in the cheese sectors in their respective home markets.

“The acquisition should enable Dairy Crest to benefit from Saputo’s global expertise and strong financial position to fulfil and accelerate its growth ambitions.”

Move on Lion not likely

Spencer says he would be very surprised if Saputo were involved.

“Lino Saputo has expressed his concerns on the structure of the fresh milk market which is also not growing.

Lion has a specialty cheese business of which Warrnambool Cheese and Butter had already purchased the most relevant, and there would be far better opportunities to get a decent return on Saputo’s invested capital,” he says.

Lion’s white milk, yoghurt and plant-based beverage assets could be worth up to $800m. Japanese brewer Kirin, which owns 100% of Lion, began the sale process late last year.

Spencer says he cannot speculate on possible winners as it would take a joint approach to break up the assets of Lion Dairy.

“But I’d rule out Parmalat (for competition issues), Bega (they are already busy making recent large acquisitions work) and Fonterra (who surely would not put more capital into this market given current challenges).”