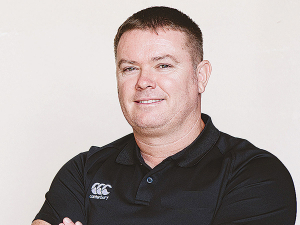 Apple company Rockit (RGL) is expanding into Gisborne, planting 20 hectares of its miniature apple variety and creating at least 20 jobs.

The move north of its Hawke's Bay base comes amid a growth period for the company, which currently packs over 100 million apples per year from its new headquarters and state-of-the-art packhouse in Hastings.

With a need to manage the risk associaed with having most of its orchards in one region, RGL went hunting for fertile new ground to break finding it in Tairāwhiti.

"In New Zealand, we're prone to adverse weather events and environmental factors," he explains. "It's important to diversity our crop and spread our risk across several sites."

Hurrey says due to the slight difference in climate, establishing an orchard in Gisborne also allows the company to provide early fruit to export markets.

However, the new 20ha orchard is just the beginning. The company has signed up a further 45ha where the apples will be planted this year, to be managed by independent growers.

"We've been delighted with the support we have received from the region's growers."

Hurrey says growing conditions in the region are perfect for Rockit.

"Each growing area has different characteristics, but we're expecting ripe, sweet fruit with good colour. Gisborne is a proven horticultural region - one we're excited to be a part of."

The company's newest orchard will create a raft of senior and mid-level roles, as well as a large number of seasonal roles.

"We're in the early stages of establishing a management team, but we'll also need orchard workers. This will open up a lot of opportunities for seasonal labour as well as full-time staff," Hurrey adds.

He says that finding a skilled orchard manager is top priority.

The Gisborne fruit will be packed at Te Ipu, Rocket's 21,000m2  packhouse and coolstore.

"But if we get enough volume, we may look at establishing a second packhouse in Gisborne or Wairoa."

By 2025, Rockit expects to be picking and packing well over 400 million apples annually.

Chief executive Mark O'Donnell says developing new orchards not just in New Zealand, but around the globe, will continue, as demand for Rockit apples continue to swell.

It's a tough time to be in horticulture, according to Rockit Apples chief executive Mark O'Donnell.

The 2021 harvest was the latest in a run of kind harvests for Gisborne, says Matawhero owner Kirsten Searle.

In order to treat more erodible land in the Gisborne district, the Ministry for Primary Industries (MPI) will implement two new improvements to the Erosion Control Funding Programme (ECFP) in the coming months.

'Over my dead body'