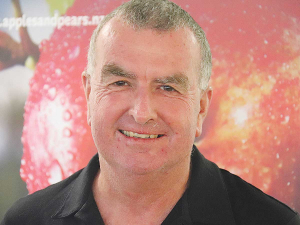 Alan Pollard, chief executive of NZ Apples and Pears, says so far there has only been 25% harvested, but the signs are encouraging and he’s cautiously optimistic.

He’s predicting that it may be a reasonable year, but not a great year.

Pollard says the apple harvest has finished in Gisborne, is due to finish in the next week or two in Hawkes Bay, with Nelson and Central Otago following from there. He says the sector was fortunate before the borders closed that a significant number of the RSE overseas workers had already arrived in the country.

“We have been working frantically to get the fruit off the trees and the indications are that we have done a surprisingly good job. There is some wastage, but generally things have gone well,” he says.

“Given social distancing requirements, the capacity through the packhouses has been quite constrained and we have had to re-engineer packhouses to enable people to keep these distances.”

He says packhouse capacity is ranging from 50% to 95%.

In terms of exports, Pollard says there have been some logistical challenges with shipping lines and schedules, while some ports have been blocked. But he says the fact China – NZ’s second largest market – has opened up is good news.

“It’s going well up there, but there has been a change in retail,” he adds. “Normally, we rely very heavily on ‘wet markets’ and significant numbers of these are closed – so there is a move to online, which presents challenges.”

Pollard says there have been issues with exports to India, Vietnam and Taiwan due to Covid-19.

Overall, he says the sector recognises that it is in a privileged position to keep operating and consequently there has been a strong focus on ensuring the health and safety of staff and to prevent the spread of Covid-19 into the community.

“What is impressive is that everyone has taken up that challenge and since we went into Level 4 Alert, we have completely re-engineered an industry, which is responsible for $800m in exports and $100 million to the domestic market,” Pollard says.

“It also employs 3500 permanent staff and 12,000 seasonal workers. That’s an amazing achievement in such a short time.”

A former horticulture sector leader believes New Zealand's Covid response should have been a joint public-private response from day one.