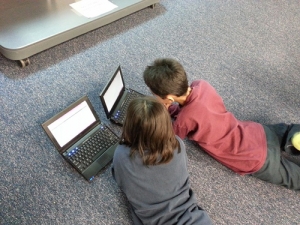 HP New Zealand recently announced its second Rural Schools Competition, which gives rural New Zealand primary schools the chance to win a share of $20,000 worth of HP products and support.

As well as products the winning schools get help to make the most of their technology.

“The five winning schools were focused on how their prize could transform students’ learning,” says Mahan. “It was an easy decision to run this competition again.

“Children all over New Zealand must be equipped to live, play and work in an online world… engaged and achieving at school, and preparing for the workforce of tomorrow.

“This is such an exciting competition and a fantastic opportunity for rural schools to have the chance to tap into the expertise of a global company like HP,” Rural Women NZ education spokesperson, Kerry Maw says.

Lisa Malones, ex-principal of Tuturumuri School, says being one of the winning schools in the HP Rural Schools competition changed the dynamic in her classroom. Tuturumuri School has just one classroom which must cater for the diverse requirements of pupils on multiple levels and students with special needs.

“There was something powerful about our students winning the competition. They weren’t given it, they won it and it meant that as soon as the technology arrived the students took ownership of it and started using it.

“I was able to set students up with their own devices to do individual learning and get parents involved at home because we suddenly had access to tools like Google docs,” says Ms Malones.

HP will work with the winning schools to determine their unique technology requirements, rather than a pre-determined package of devices. Prizes might include HP notebooks, chromebooks, slates, printers and support to set up the devices for the school.

From April 22, rural primary schools nationwide with fewer than 300 students have been eligible to enter the competition.

Entrants must submit an entry form downloaded from www.hp.co.nz/ruralcompetition.

More in this category: « No more slowing down when baling Elders’ top man to take time out »
back to top