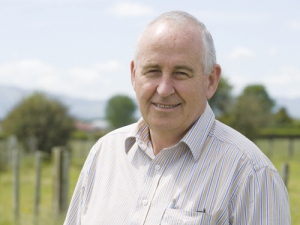 Stu Chapman started his working life as a dairy farmer in Waikato but after contracting leptospirosis he was advised to get away from cattle. That sent him to the other side of the ag sector – the commercial side.

He took up a job with Youngs Animal Health, a division of Grampion Pharmaceuticals, UK, starting as a sales rep and moving on to become sales manager in Wellington looking after 15 reps.

Chapman joined Elders in 1994 as general manager of operations, then bought into the business and became managing director. Elders had been privatised locally by Elders Australia about 12 months before he joined and there was opportunity for management to buy in.

“We reshaped the business in a big way and concentrated our efforts on livestock, wool and financial services,” he told Rural News.

“Before that they had the full complement of services and farm supplies stores. Those were sold off to Farmlands, which had previously been East Coast Trading. That gave them 24 stores in the North lsland; so that was the start of the growth in their farm supplies business.”

Chapman and Eric Spencer owned the Elders NZ business until 2007.

“At the time we were doing a lot of live export and wool through Elders Australia. They decided they would like to take a stake in the business.

“About two years after that they had their own issues in Australia and we went through a turbulent time for about three years. But we came out of it ok and last year Elders NZ was sold 100% to the Carr Group in the South Island,” Chapman explains.

“I agreed to stay on and transition the business to the new owners; whether that would be one or two years, nobody knew.”

“Given they are rebranding [to Carrfields Ltd] and the Elders brand will disappear this month it was an opportunity to exit and Craig Carr will take over my role.”

A big change in agriculture Chapman has seen in his time with Elders has been change in land use from sheep to dairy.

Technology has been another big shift.

“The introduction of technology in the ag sector is growing day by day. With the broadband connectivity increasing in the rural areas, obviously technology has made rural people a lot more accessible and given them the opportunity to enhance their business through more information and technology,” he says.

Chapman will stay on as a director of Elders Primary Wool (to be rebranded CP Wool), NZ Yarns and the live export business which are all joint ventures.

He has also discussed opportunities elsewhere but intends “to take a breather over the next month or so, get some clear air and think about what tomorrow might look like. I’m sure I won’t be short of anything to do,” he jokes.

More in this category: « $20k available for rural schools PM says 'thank you' to ag sector »
back to top