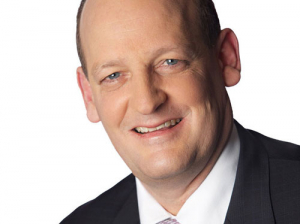 In a statement to the Australian Stock Exchange, last week, Elders said had not made “any definitive proposal” to buy PGW.

This came after a report in The Australian newspaper that it is seeking to raise A$300 million – speculating that Elders – along with Dutch seed company Barenbrug (a corner-stone shareholder in NZ Agriseeds) – are interested in buying all or part of PGW.

However, in the ASX statement, Elders chief executive Mark Allison says the company will only make acquisitions that make compelling strategic and financial sense.

Rumours about PGW’s future have been triggered by claims that Chinese-owned Agria Corp wants to quit its 50% stake in the NZ rural services company.

Agria is being investigated by the Overseas Investment Office (OIO) for its “good character”, following its delisting from the New York Stock Exchange in 2016 after the NYSE announced it allegedly uncovered evidence a “top executive and other intermediaries” artificially inflated the company’s stock price.

PGW said it had nothing to add to a statement it made in May, that the company had been conducting a strategic review of its business, including growth opportunities, capital and balance sheet requirements, and potentially shareholding structure.