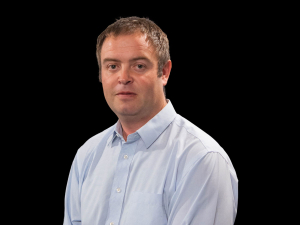 Alliance Group has announced the appointment of Ross Bowmar as the 2022/23 associate director.

Raised in Southland where his parents still farm, Bowmar and his young family now own and operate Redcliffs Station, a high-country sheep and beef station in the Rakaia Gorge in Canterbury.

Bowmar completed a Masters in Agriculture Economics at Michigan State University in the United States before spending 10 years with Archer Daniels Midland (ADM).

He gained experience in direct management of sales, import and export logistics, processing, staff, risk management and profit and loss ownership in various roles across the US and Australia.

He then returned home to New Zealand, starting the business here and building it to over $100 million turnover and 1,000 customers (mostly farmers) within five years.

“I returned home to raise my young family and play a lead role in the future of agribusiness in New Zealand. I am excited about this opportunity and look forward to contributing my knowledge in a meaningful way, while also learning from some of the best and most experienced directors in the rural sector,” he says.

Bowmar is actively involved in the rural community and was recently appointed chair of the Meat & Wool section of Federated Farmers Mid Canterbury, among several other roles.

“Alliance Group is committed to supporting the future growth of the rural sector, and we need to create the next generation of leaders in order to do so,” says Murray Taggart, chairman of Alliance Group.

“Ross attended the Know Your Co-operative conference earlier this year and impressed us then, and subsequently, with his global experience, his desire to learn and develop, and the leadership role he plays in his community.

“His diverse capabilities including understanding farming systems, farm operating environments and global trade movements, will certainly add a lot of value to board conversations.”

Taggart says the Board was delighted with the calibre and number of shareholders that put themselves forward for the role.