Alternative proteins both an opportunity and a threat to NZ 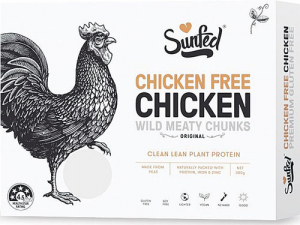 The rise of alternative proteins has been rapid, fueled by millions of dollars from cash-rich tech companies.

The report, commissioned by BLNZ, identifies threats to NZ and suggests how the new proteins can be tackled.

The rise of alternative proteins has been rapid, fueled by millions of dollars from cash-rich tech companies, often headed by passionate alternative meat advocates pushing product onto shelves alongside traditional proteins.

One alternative is now on our shelves: the NZ company SunFed Meats claims to be this country’s first non-animal protein company and its non-chicken ‘chicken’ is available in NZ stores.

The BLNZ survey identifies NZ’s critical US burger beef market as the most vulnerable to gains in alternative protein sales.

Long a market taking NZ grass-fed beef and blending it with fattier US feedlot-sourced beef, it buys almost half NZ’s beef exports.

In the report, BLNZ chief executive Sam McIvor notes large scale production of “non-meat” patties and mince is likely within five years, and the rise of alternative proteins has big drivers.

These include concerns about climate change, the sustainability of animal farming, the use of animals in food production and health issues in eating meat.

But the report is not a doom-and-gloom prospectus for NZ pastoral farming; instead it contains notable positives for farmers and the industry to pursue.

McIvor points to a growing, but almost untapped, demand for grass-fed red meat reared without hormones or antibiotic use in natural environments.

He says this is a product consumers are prepared to pay a big premium for.

Ironically the US market -- the one most vulnerable to alternative meat patties -- offers the greatest potential. There grass-fed beef sales have doubled every year since 2012, reaching at least $330,000,000 in sales in 2016.  Premium grass-fed beef burger sales are booming.

And beef consumption is expected to keep rising, with forecasts of 12.8 million tonnes by 2026. China’s growth is expected by then to have risen 50% to 9.5m tonnes.

McIvor says NZ has a valuable opportunity to capitalise on these trends towards ‘natural’ beef. Global population growth will allow NZ plenty of scope to feed the world’s “wealthiest 40 million people, rather than trying to feed everyone,” he says.

Cashing in on these opportunities will rely on the NZ brand – integrity and validity. This will soon be underscored by a branding promotion -- ‘NZ story’ -- due for wide release in April. It has been tested in India, China, the US and United Arab Emirates.

The ‘NZ Story’ is the work of six meat companies; it has had positive feedback during test marketing.

“This has given marketers confidence that despite alternative proteins’ threat, consumers will not turn their backs on red meat if they can see it is natural and grass raised.”

McIvor adds that NZ beef’s integrity has also been assured from farmgate to the processing plant.