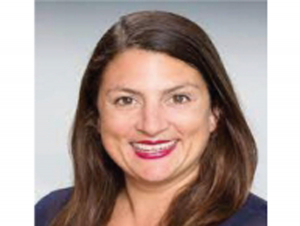 Fonterra has appointed Emma Parsons as its managing director strategy and optimisation, effective from 1 August 2022.

The newly developed role will have ownership and oversee the implementation of Fonterra’s strategy and plans to achieve Fonterra’s Long Term Aspirations.

The role will also bring a new level of focus on demand choices, and portfolio and asset management using analytics to inform decision making.

Fonterra chief executive Miles Hurrell says he’s excited to have Parsons on board the Fonterra Management Team given her understanding and passion for the Co-op.

“Emma has a strong track record of delivery results. We’ve seen this most recently in her role as GM Capital Strategy where she led the development of the new capital structure for the Co-operative, which received overwhelming support,” he says.

“Emma is incredibly passionate about Fonterra and has had a long career with us, which began working at the local factory in her summer holidays and has spanned many different parts of the Co-operative.”

Prior to her role as GM capital strategy, Parsons was chief executive of Agrigate, a joint venture between Fonterra and LIC.

She has also held the position of Fonterra’s general manager responsible dairying and various other roles in Brazil and Argentina where she developed Fonterra’s export relationships and supply chain integration across Latin America.

Parsons has an MBA with first class honours from Massey University, and a Bachelor of Science and Bachelor of Commerce from Victoria University of Wellington.