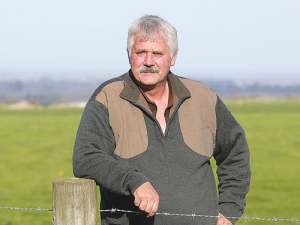 Waimate contractor – and rich-lister – Gary Rooney will back a South Canterbury irrigation scheme that was left gasping by changes in Government policy.

The Hunter Downs Water scheme, aimed at irrigating 12,000ha of the Waimate District with a consented water take from the Waitaki River, has struggled to sign up enough farmers to make it pay.

It was hoped that a loan from Crown Irrigation Investments Ltd (CIIL) loan would get it over the line, but doubt arose when the Government imposed a policy forcing large-scale private irrigation schemes to pay their own way instead of depending on taxpayers’ money.

But Hunter Downs will now go ahead, backed by Gary Rooney’s company Rooney Holdings Ltd (RHL), well-known by Canterbury farmers for its earthmoving, irrigation, pipe and cable laying, cartage and trucking.
RHL and Hunter Downs will form a new company with 50:50 ownership.

The Hunter Downs website invites intending irrigating farmers to buy 7000 water, or ‘wet’, shares at $2650 each.

The $18.5 million raised would be matched by RHL and a new joint company would be formed -- Hunter Downs Water Scheme Company Ltd.

“We had a shareholder meeting last Friday for all who had subscribed before Christmas to wet shares, and [we] sense... strong support to get the scheme away,” she said. “For the next four weeks our focus is on securing those wet shares so we can get started.”

The offer closes on September 10.

Hunter Downs chairman Andrew Fraser said in a letter to shareholders that only RHL was prepared to support the scheme on terms that ensured it remained affordable for farmers, and to underwrite any shortfall in farmer uptake by the commissioning.

“The company, after investigating feasibility, scheme design and funding solutions, now needs to confirm investors’ commitment. This may be the only chance this generation gets to secure important water for our region and for community.”

Fraser said bringing new water into the catchment would reduce pressure on waterways and augment coastal tributaries and wetlands such as Lake Wainono.

It would not be to intensify land use and conversion to dairy, but rather to relieve pressure on existing water takes and waterways, and decrease reliance on surface water extraction in the region.

“The scheme has the ability to provide sustainable opportunities for generations. Collectively we must take advantage of this,” he said.

Construction is scheduled to start in November and be finished by spring 2021.