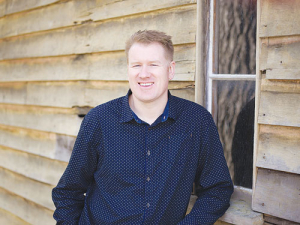 A project to put fine-grained environmental mapping into the hands of farmers has been awarded one of the larger amounts in the latest round of Sustainable Farming Fund grants.

A privately owned Invercargill environmental consultancy named e3Scientific – only in existence since May – will receive $444,200 to develop a web-based interface for farmers to monitor, map and manage their ‘physiographic environments’.

In its SFF application, e3Scientific said the project aimed to improve water quality by putting science into the hands of farmers and into the heart of their land use decisions.

“We want farmers, their industry groups and other trusted advisers to be using the rich information sources, available to them for the first time in an accessible way, to make informed land use decisions that optimise their natural capital and minimise as far as possible the impacts of their land use on the environment.”

It draws primarily on work done by Dr Clint Rissmann for Physiographic Environments of New Zealand (PENZ) under the ‘Our Land and Water’ initiative, which is supported by an alliance of CRIs, tertiary institutions and others.

Rissmann is adjunct senior fellow to the Canterbury and Lincoln Universities’ Waterways Centre for Freshwater Management, and was formerly the science manager for the Southland Regional Council.

He said he formed e3Scientific last May, with managing director Glenn Davis, because he wanted to move into more applied science and recognised “a really big gulf” between what was being asked of farmers and the tools they had to achieve it.

The company had since grown to eight full-time staff.

Rissmann says PENZ shows farmers how potential contaminants are likely to travel within their farm boundaries, allowing them to consider what they can do to minimise water contamination risks.

PENZ uses a “forensic approach”, measuring and sampling water, to identify links between water and the land to produce a map of how and why water quality outcomes vary across a catchment.

“It recognises that variation in the natural attributes of landscapes -- soil, geology, hydrology, etc – are often responsible for more than twice the amount of variation in water quality outcomes than land use alone,” Rissmann explains.

Water quality such as nitrate build-up in groundwater is influenced by climate, topography, geology and soil properties.

“You can have exactly the same enterprise, the same land use, and you get very different outcomes. If we can understand the things that determine variations in water quality, we can use them to help manage land use losses in a more tailored manner than previously was possible,” Rissmann says.

“It’s taking spatial information we have, a really nuanced view of what is controlling water quality outcomes on a person’s property, and taking that directly to farmers.”

Rissmann says that whereas Overseer looks at nitrogen loss from the root zone, PENZ connects the root zone “right through the hydrological cycle from the farm to the shallow aquifer to the stream and back again”.

“Overseer might say ‘this person is losing 60kg of nitrogen per hectare’; but if it’s occurring over an aquifer that has certain characteristics that favour de-nitrification, you might actually see complete removal of that nitrate. Now why would you restrict that farmer in terms of their soil zone if it’s not having a deleterious effect on the environment?”

So the focus of the SSF grant was to develop a web-based interface to bring the science to farmers, and the farming community is being recruited to help develop the interface in a two-way exchange of information.

“Getting farmers to do the design and getting farmers to critique what we’re doing with support from the industry groups is the lynchpin -- it’s the whole basis of the SSF grant,” Rissman adds.

Silver Fern Farms is giving weekly reports to its suppliers to keep them abreast of what it describes as a ‘dynamic situation in China and one that could change very quickly’.

Meat processor Silver Fern Farms is being forced to divert product away from China as coronavirus ravages its biggest market.

Disruption in China caused by the coronavirus is forcing meat processor Silver Fern Farms to reduce production from next week.