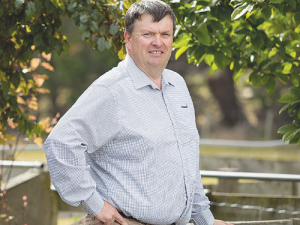 Left uncontrolled, seasonal worm peaks can reduce animal health and performance and rob farms of their productivity gains, McKee says. Energetic prevention is a must to keep worm infections under control.

Ravensdown recommends faecal egg count reduction tests (FECRTs) in which a mob is left undrenched until egg counts reach a moderate level, then divided into groups. Each group is then given different drenches and faecal samples are taken over the following 10 days to determine different treatments’ effectiveness.

Although FECRTs are considered expensive by some, the cost can be offset by drenching less often with effective combinations of drenches, McKee says.

Post-drench faecal egg counts and larval cultures will help determine if there is a need to change treatment plans.

Double or even triple combination drenches should be used if possible, he said.

“It’s harder for worms to survive triple drugs than it is to survive one drug at a time.”

However, McKee adds that it’s getting late in the season for testing drench combinations, since parasites mainly affect young stock, and testing on older stock better able to handle parasites can make an ineffective drench look better than it is.

• Feed animals well to increase their ability to deal with worm challenges.

Managing pasture surpluses or deficits in spring is the key to maintaining quality and persistence going into summer, says Ravensdown agronomist Tim Russell.