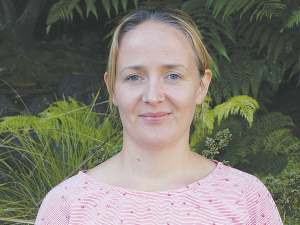 While the bottom of the South Island deals with extraordinary amounts of rain this summer, farmers in much of the rest of New Zealand face the other extreme as feed supplies dwindle under an extended and intense dry period.

“We are seeing average pasture cover start to come under pressure from lambs lifting their grazing intake and competing more alongside ewes.”

Without enough grass to dilute worm populations, it becomes critical to keep worm populations in lambs down, reducing the risk of worm contamination of pasture before the next summer grazing rotation, where cover may be even shorter again.

“Parasite management when it is drier is a huge thing, particularly when we are getting smaller showers of rain falling irregularly.

“Only 5mm of rain is more than enough to boost L3 larvae to come up onto the pasture and be ingested.”

Fighting worms is best managed with good data on the worm enemy, and faecal egg counts (FEC)s are the best way we currently have to better understand that enemy.

“We witnessed a big surge in FEC samples through labs last season, and want to keep that momentum up.

“Getting an FEC in summer means you are not just checking worms from the leftover contamination of ewes, you are instead getting an idea of what parasite challenge the lambs have been under,” says Chase.

Knowing this and working with your vet means a comprehensive programme can be put in place that will protect the productivity of an increasingly valuable lamb flock.

Incorporating internal parasite control with fly control over summer also makes sense, not only for saving time and yarding but also because acting on one helps reduce the risk of the other.

“You need to consider an effective internal parasite control alongside fly control, helping reduce dagging, which are a risk to maggot infestations.”

There are also few parts of New Zealand where the Australian blow fly has not penetrated, bringing a need for some farmers to completely revise their summer parasite control programmes.

The fly’s potential resistance to traditional treatment chemicals like triflumuron has only brought greater urgency for more farmers to revise their programme.

Boehringer Ingelheim Animal Health has integrated its Cyromazine based product Cyrazin with ivermectin to create Cyrazin KO as an effective “one stop” maggot and fly control treatment for summer.