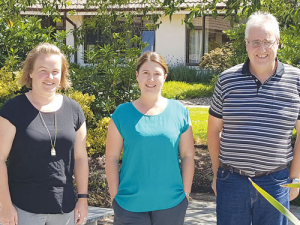 And market demand is rising for products which do not contain anthelmintic, he says. This is likely to increase the importance of breeding sheep for parasite resistance, the science for which has been well proven over 20-30 years.

“We sell into those markets. There is a lot of pressure in recording the use of antibiotics and minimising their use. This comes from governments and through into the supermarkets where they want antibiotic free produce.

Overall, there is a move to reduce chemical inputs into farming systems.

“In behind, it is driven by the fact that indiscriminate use of antibiotics in particular has impacts on human health remedies.

But nevertheless there is a lot of pressure to reduce chemical input.

Another issue is rising temperatures with climate change: diseases seen to be worse in certain parts of the country will become more widespread over NZ.

Last year was particularly bad for facial eczema. It was spread across the country in places where it has never been seen widely before, like the West Coast of the South Island.

Another example is a particularly nasty internal parasite called Haemonchus. This is a blood sucking gut parasite present in the North Island but not always a problem in southern regions.

“One of the critical things about Haemonchus is the conditions conducive to an outbreak. The second one is whether it can be prevalent all year round. A 2°C - 3°C temperature change would mean Haemonchus outbreaks would occur as far south as Southland.

“But it would also become a year-round problem in places like Napier, Hastings and around Wairarapa. That is a long term issue.”

The sheep typically grazed in wet tropical climates have a much higher level of resistance to these parasites.

“Breeds in NZ have come from northern Europe, from latitudes of about 47-50 degrees. So that is pretty much starting at Stewart Island and going south to the Auckland Islands; that’s the latitude they are adapted to.

“They have been here for 100 years or so, but they still don’t cope well with the environment north of Rotorua, though some northern breeders selecting for parasite resistance have done a very good job. Gordon Levet, the Northland

Romney Development Group and several other breeders have done a good job.

“So the likes of facial eczema, parasitism and particularly Haemonchus -- which can rapidly cause death in susceptible livestock -- will become a bigger problem.”

More resistant stock is one option to cut down on drenching to reduce parasite resistance to anthelmintics.

“Things are only going to get worse because of global warming. This will be one of the bigger issues for sheep.”

One of the less talked about ways that parasites are managed in the northern North Island is having a lower stocking rate of sheep and more cattle. This trend will continue if there is no management system change or breeding for parasite resistance.

McEwan says breeding for parasite resistance is a low cost method for a farmer to mitigate his losses due to parasitism. “It is low cost; it has proven to be effective.”

If early indications from research show that parasite resistant sheep are also less vulnerable to pneumonia, it may have other benefits that weren’t obvious, he says.