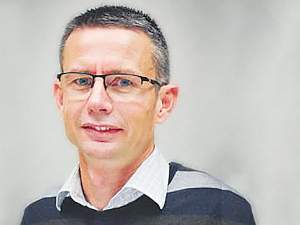 The research project is being funded by Beef + Lamb New Zealand and conducted by AgResearch.

Dan Brier, B+LNZ's general manager farming excellence, says the ultimate aim of the study is to produce a fully validated, high through-put commercial test which is readily available for breeders and commercial farmers.

"Initial results look promising with the establishment of a cell culture method, using sheep and cattle blood, to demonstrate sporidesmin (the toxin that causes facial eczema [FE]) toxicity," he explains.

"This indicates that animals could be tested for tolerance without needing to be exposed to the toxin."

Brier says saliva tests also showed some promise and may be explored further to form the basis of a diagnostic test.

"Put simply, the overall results of this pilot study were positive and build a strong case for progressing to the next phase in the development of a commercially available test for farmers."

Currently, the only method of testing for FE tolerance involves exposing a ram to the toxin and observing the toxic effects. The challenges of using this test have led to low numbers of rams being assessed every year.

"FE is estimated to cost the New Zealand livestock industries up to $200 million per year," Brier says. "A simple lab test would give both breeders and commercial farmers the ability to select animals that are genetically more tolerant to the toxin and therefore carry on producing in the face of a seasonal challenge."

FE causes damage to an animal's liver and the secondary effect of the liver damage is photosensitisation leading to skin lesions. The effects of FE can include poor lifetime performance, reduced fertility and fecundity and increased culling.

Brier says, in a bad season, FE can have a significant impact on farm productivity and profitability, potentially undermining farmer well-being.

Ensuring rams are in peak condition prior to mating will help maximise their performance and their contribution to the genetic improvement of the commercial flock.