A country a day for Petersen 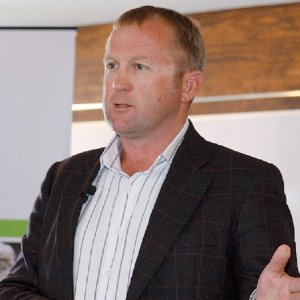 BLNZ CHAIRMAN Mike Petersen is in Europe this week on a whistle-stop visit to farming leaders in seven countries in just eight days.

It's an annual event, meeting officials from the European Commission in Brussels, and farming leaders in Ireland, England, Scotland, Wales, France and Germany.

"Europe is such an important market for sheepmeat and increasingly for beef. I will meet EU officials to talk about our expectations of the sheepmeat quota. It's no secret we'll be well under with quota – about the 80% mark – well below where were three years ago when we were 98%," he says.

Petersen will attend the world's largest food fair called SIAL, in Paris. About 5900 exhibitors from 100 countries including New Zealand will attend. SIAL attracts up to 140,000 'food professionals' from 200 countries. The focus is on food innovation.

For Petersen the last few weeks have been all go. The previous week he was in Queensland giving the keynote address at Beefex, representing feedlot farmers in Australia. He says it's a fascinating industry that's quite different from ours, but which is facing the same global issue as us.

"The message I gave was the opportunity for beef. Look at it globally and see the consumption trends and match it up against the forecast production over the next ten years it's very interesting. Every country in the world has increased demand for beef and there are only two regions in the world [expecting] increased supply in the next two years: Australasia and South America. So it's a massive opportunity for Australia and New Zealand to satisfy some of that demand, about a third of which is from Asia."

Petersen says the other issue he raised was the need to get another free trade agreement signed and put an end to the tariff barriers in Japan, Korea and Taiwan.