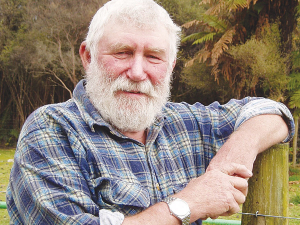 Laurie Collins, of Sporting Hunters Outdoor Trust, a conservation and hunting advocacy, has accused bureaucracies and some extreme environmentalists – such as Forest and Bird – of suffering from ‘pest panic phobia’.

His criticism follows recent calls by Forest and Bird for the Government to urgently fund wallaby extermination before they reach “plague proportions”.

Forest and Bird central North Island regional manager Rebecca Stirnemann claims wallabies could spread over a third of New Zealand within the next 50 years unless they are killed in large numbers.

However, Collins, who was for many years involved in wild animal work with the NZ Forest Service, rabbit boards and regional bodies, says Forest and Bird’s culture is wrong, wasteful and impractical.

“Too often Forest and Bird sees the solution as drenching the countryside with poison and thereby ignoring prudent, practical management.”

Collins said wallabies were introduced to NZ in the 1870s – almost 200 years ago.

He claims their spread from the South Island liberation point at Waimate had been “very gradual and slow”.

Collins said he doubts the accuracy of Forest and Bird’s claim that “wallabies have already been sighted in fresh territories in Auckland, Northland, Hawke’s Bay, Gisborne, Wellington, Marlborough, Southland and the West Coast”.

He believes any wild animal should be treated as a resource.

“If numbers are considered too high there should be a harvest and where possible utilisation of the carcases.”

Collins says kangaroo meat is considered a dining delicacy and so should wallaby.

“It is wasteful and immoral in a world crying out for food in the face of steadily climbing human numbers, to leave carcases to rot,” he said.

He says another use could be pet food manufacture.

“It is simply a matter of having a constructive attitude instead of a mindless, unscientific dogma of hate and cruelty.”