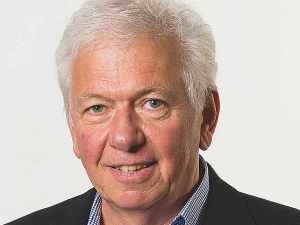 PAG chair John Rodwell says the wool sector has no other option but to act if it is to survive.

Rodwell concedes that long-time industry observers will take plenty of convincing that this latest account won’t join its long list of predecessors and be left to gather dust on the shelf.

However, he’s convinced that the sector has no other option but to act if it is to survive and thrive.

“We do have reason to be confident about the prospects of strong wool and we have given examples of successful examples in the report.”

When asked how the PAG report will differ from the myriad of other reports, discussion documents, strategies and plans over the years, Rodwell told Rural News it was the responsibility of the entire sector to implement its recommendations.

“It is up to all those industry players – with a genuine commitment to transformation – to take action and ensure a sustainable future for New Zealand’s wool industry,” he says.

Rodwell says Agriculture Minister Damien O’Connor has “issued a challenge” to the industry to partner with government to make the necessary transformational changes the wool sector needs to have a viable and successful future.

“That challenge is out there now and we want wool industry interests with a genuine commitment to transforming the industry to get on board.”

He says the Government has set aside $100 million in its Sustainable Food & Fibre Futures fund (SFFF) to co-invest in projects in the primary sector and wool sector needed to tap into this.

“In the past, many of the previous reports and plans had no way of turning the many good ideas they contained into action. However, via the SFFF the funding mechanism is there to progress such ideas.”

Rodwell says the job now was to get on and develop the plans to take the wool industry ahead.

“We now need to get a coalition of the right people around the table to specifically develop investment-ready cases.”

While unwilling to reveal exactly who was coming to the party, Rodwell told Rural News there was already buy in and good interest from various industry players to get around the table.

Meanwhile, at this stage, he says they are not looking at imposing a levy on woolgrowers.

“However, after the development case and strategic roadmap is completed we then need to come up with both the right people and funding requirements to take this work forward on a permanent basis.”

Rodwell says timing is of essence and it was important that action started now, because if it doesn’t, there is a real risk that this latest report would join the long list of fellow dust-gathers on the shelf.