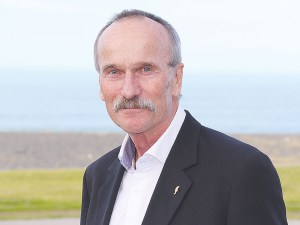 Brent Clothier is only the third president, in about 40 years, to be elected to chair the Royal Society with an agricultural background.

The society's role is to recognise, promote and support excellence in science, as well as encourage the development and use of scence for the benefit of humanity.

Clothier's appointment is for three years and he is only the third president, in about 40 years, to be elected to chair the Royal Society with an agricultural background. He told Rural News the appointment is a huge honour and responsibility.

"The society is very keen to build a connection with the CRIs and independent research organisations and also into the applied research and primary production research," he says. "This is because there is a huge amount of research, innovation, science and technology that goes on in NZ that comes out of our primary producton systems.

"Think of Gallagher electric fencing and what they have done, and now the massive amount of innovation in robotics in Tauranga."

Clothier believes his appointment indicates the Royal Society would like to engage more with the knowledge systems around primary production and also the humanities of rural and Maori communities.

While Clothier says he has no specific plans to play an advocacy role for the primary sector in his new role, he does want to broaden the reach and connectedness of the Royal Society into the science and innovation being undertaken in the sector.

"After all, 65% of our export revenue comes from agriculture which is unusual within the OECD countries."

Sixty-nine-year-old Clothier is still working full time for Plant & Food Research based in Palmerston North. He began his career as a mathematician and had planned to do his PhD overseas. However, love intervened when he met his wife-to-be and he stayed in NZ, switching to becoming a highly-regarded soil and environment scientist.

Clothier says a lot of his work is now focused in environmental issues as they impact on primary production systems.

"This is becoming more important with national policy statements on water and productive skills," he adds.

"It also impacts on what I call the 'eco credentials' of our products in international markets. We gain money in the market by having evidence-based eco credentials about our environmental performance."