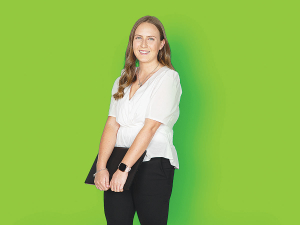 With all sectors of agriculture and horticulture screaming out for staff, tertiary establishments are reporting higher levels of interest, suggesting this career pathway is making strides in our secondary schools.

The Agri-Business in Schools Project began in 2013 when it was developed at St Paul's Collegiate School in Hamilton. From here, it was gone on to be taught in 97 schools throughout New Zealand.

The original St Paul's project set out to encourage secondary students to consider pathways into the primary sector. It created a great deal of interest - so much so that in 2014 the course attracted 44 students in Years 12 and 13 (15-16 and 16-17 year-olds).

Aiming to develop the programme further, St Pauls formed an advisory group made up of representatives from the primary sector. This has gone on to meet twice yearly to help the school understand industry topics and trends to ensure the course stays relevant and sector driven.

The school has also gone on to form relationships with industry organisations, such as DairyNZ, Beef+Lamb NZ, AGMARDT, the Meat Industries Association and Rabobank - to name a few.

As the course attracted mre students, the Government and the Ministry of Education (MoE) were successfully lobbied to create an Agribusiness Trial programme. This was initially established at 12 schools throughout NZ - with the content for the course being accepted as achievement standards at NCEA Levels 1 and 2. This is particularly noteworthy, given that most achievement standards and NCEA course work is normally written by the MoE.

Over the past four years, 131 or 27.3% of NZ's secondary schools have taught Agribusiness Achievement Standards. These are gained from students showing a good understanding of a topic by justifying, analysing, comparing, contrasting, recommending and reasoning. At the same time, they are also expected to have a higher order of thinking to show their competency, skills and knowledge within academic-based subjects.

Ironically, student numbers may be being held back by the shortage of agricultural and horticultural teachers currently available in NZ. It is also hampered by the financial implications placed on smaller schools, which have a limited number of potential students - meaning the agribusiness course is not offered.

Around 60% of the schools teaching the subject are urban based, while the other 40% are rural.

St Paul's Collegiate reports around 51% of its students undertaking the Agribusiness Programme continue their primary industry journey at a tertiary level. Another 6% move onto 'hands on' on-farm roles.

Kerry Allan, St Paul's agribusiness curriculum director, is working with the Tertiary Commission and schools offering the programme to better understand students' progression paths and to see what impact the course has on the primary sector, which is crying out for new entrants.

Taking NZ To The World

One success from the Agribusiness Programme is Maggie Powell.

She came to New Zealand from the high rises of Hong Kong to Auckland as a four-year-old when her parents moved here. Powell now works for an industry taking its products to the world - including Hong Kong and mainland China - as part of the Silver Fern Farms Graduate Career Programme.

Not having a background in agriculture, she was introduced to the industry after studying Agribusiness from Year 12 at St Paul's Collegiate School in Hamilton.

"I had always dreamed of being a doctor or a lawyer but then I discovered chemistry wasn't my strong point," she explains. "Agribusiness wasn't an obvious choice for me, but through the course, something clicked and I discovered the vast opportunities offered by the industry.

"Being raised in the city I think you often learn all the negative things about the agriculture industry. I was oblivious to it; I don't think I could have told you how milk was made."

After graduating from high school, she went on to study at Massey in Palmerston North, and did a Bachelor of Agri-commerce, majoring in International Business. Powell started her role on the Graduate Career Programme at Silver Fern Farms in 2021.

Currently based in Dunedin in the marketing team, with a focus on brand development for New Zealand and global markets, her role in the Graduate Career Programme will see her gain experience in a variety of roles.

"I think it will be a really interesting industry over the next few years. I'm already learning so much," she adds. "My job involves looking at trends in the market and positioning products as red meat that's good for you."

Where once agriculture may have once been considered a course with easy credit, Powell says it is now attracting students that are top in class in business subjects and top in class in science.