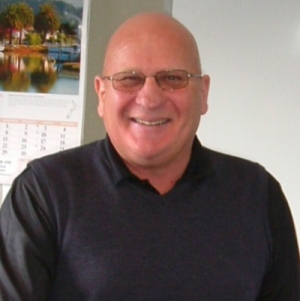 VOTER APATHY could prove the biggest barrier to sector reform, the Meat Industry Excellence group is warning in the run-up to the meat cooperative board elections.

"The greatest thing is to get out there and vote, and to ring around all your mates," MIE deputy chair Alan Richardson told one of the group's recent round of 19 meetings.

Farmer apathy "has killed a lot of things since the wool board dissolution," he added, having earlier reiterated that MIE is determined to see sector reform through, however long it takes.

"MIE's got a strategy and we're not going away.... We'll keep putting people onto those boards until we get change."

'Those boards' may well include Beef + Lamb New Zealand, Rural News understands, however MIE chairman John McCarthy has declined to comment on that opportunity to date.

"Our immediate focus is on the cooperative board elections," he told Rural News. "We do not want to distract from that until they are out the way."

With two more days of meetings to go, he estimated MIE had already had 400-500 farmers attend to hear and quiz cooperative board candidates Don Morrison (Alliance), Dan Jex-Blake (SFF) and Richard Young (SFF). "We've had huge support and there's been hardly a negative comment by the time the troops have finished."

McCarthy echoes Richardson's call for cooperative shareholders to use their voting rights. "We've got to do better than the 20% turnout which is the historic participation rate. At 20% farmers are getting the boards and industry structure they deserve."

A growing number of influential people in the industry and in politics are backing MIE's campaign, he says, with last month's report by the Parliamentary Commissioner for the Environment on land use change adding to the momentum.

"When there's only one horse in town – dairy – economically that's potentially suicidal. It's economics 101 not to have all your eggs in one basket. That brings a serious risk and you're only one major food scare away from disaster."

Fonterra director John Monaghan, whom MIE has proposed as an independent director of Alliance by way of a non-binding resolution to be put at Alliance's annual meeting in Invercargill on December 13, was also at MIE's meetings and reiterated the need to get out and vote.

When it comes to seeking Government clearance for reforms, the first thing Government would ask is, how strong is the mandate? he said. "You've got to get out and vote, show that you care about your industry."
Flagging his experience assessing candidates for Fonterra's board over the years, he gave a ringing endorsement for MIE's men. "I look at these three people who've put their hands up to be the future of the red meat sector and I think you'd be very well served."

While MIE advocates a merger of the cooperatives as a starting point, Monaghan says that's not necessarily the only option; talking industry consolidation, whatever form that might take, is more appropriate.
Reflecting on Fonterra's formation, he questioned whether meat industry players had ever talked with real intent of merging, as opposed to simply having talks because that's what farmers were calling for.
Mark Paterson, who moved the resolution that Monaghan be appointed, warned of the tight timeframe for returning voting papers, and the potential pitfalls of the proxy process. "You have to put the name of someone who will be at the meeting as your proxy.... And [the voting papers] have to be back in Invercargill by December 11."
He and Monaghan resolution seconder Dr Mandy Bell would be present at the annual meeting so could be named as proxies, he pointed out.

Tough year for sheep and beef if dollar stays high

A range of factors including currency fluctuations, a weak and volatile outlook for lamb and wool, plus the impact of drought and facial eczema, will impact on sheep and beef farmer profitability this season.