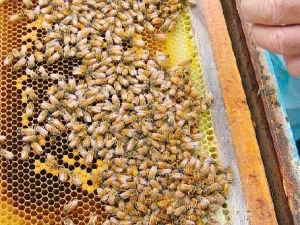 An industry survey shows that register beehives in New Zealand have doubled in the last 10 years.

The vexing issue is the misinformation continually being placed in the media about bee health in NZ, he said.

"So Agcarm financially supported a bee survey to seek hard data detailing the issues facing the health of our bees," he says.

"This survey enables industry to make better choices to protect bee health. It will also allow us to track changes on bee colony loss and survival into the future."

A total of 366 New Zealand commercial and hobbyist beekeepers took part in the survey late last year representing 40% of the hive numbers in NZ.

The results show that hive losses during last winter were just over 10%. The highest losses were recorded in the North Island and especially amongst hobby apiarists.

Losses were most frequently attributed to queen problems (the largest commercial operators attributed at least 35% of their hive losses to queen problems), followed by colony deaths (34.4%), then wasps (14.4%). Starvation was the most common cause for colony loss (45%) with this being a particularly noticeable trend amongst those with small hive numbers.

"The evidence indicates a healthy and growing bee population which is excellent – but we cannot rest on our laurels. We need to maintain our strong focus on keeping NZ bees healthy and productive into the future."