Best result in a decade for PGW 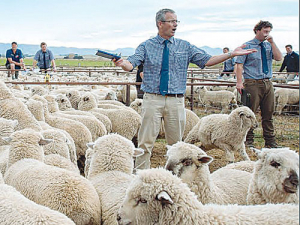 For the half-year ended December 31, 2017, earnings were up $8.2 million, and the company expects to surpass last year’s operating result.

Net profit after tax was $14.6m, $400,000 less than the same period last year due in part to movement in the New Zealand dollar.

PGW chairman Alan Lai says the company has reported its best first-half result in a decade.

It said last October that against a backdrop of higher commodity prices, lower agricultural production and a delayed start to spring it expected operating EBITDA to be similar to 2017.

Lai says it is pleasing to be able to report a first-half performance at an operating EBITDA level stronger than last year.

“We expect this strength to continue and anticipate operating EBITDA to exceed 2017’s result and be in a $65m to $70m range.

“Previously we also expected that net profit after tax (NPAT) for the FY2018 would be about 30% lower than FY2017 because of lower gains on property sales which are now largely complete. With this stronger trading performance we now expect NPAT to be about 20% lower.”

The company declared an interim dividend of 1.75c/share, to be paid on March 16.

PGW’s new chief executive Ian Glasson says the company has a highly engaged team who deliver good results through the market cycles and weather variability that impacts the agri sector.

‘The lift in operating EBITDA on this time last year is heartening and puts us in a strong position as we move into the second half. This performance was achieved with most of our businesses trading well through the first half,” Glasson says.

Glasson says there was an improved performance by its wool procurement and brokering business despite lower demand globally for crossbred wool.

Glasson says the retail business finished with operating EBITDA higher than the same period last year despite some challenges with weather.

“The impact on horticulture was the advance of harvest dates. This resulted in spraying being brought forward so that some sales planned for January occurred in December. Rural Supplies, Fruitfed Supplies and Agritrade all contributed to the result.”