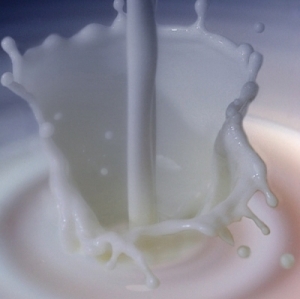 It's official – the last dairy season was the most productive on record thanks to very favourable pasture growth conditions.

Average production per cow reached a new record of 364kg/MS, and more cows being milked resulted in dairy companies processing 19.1 billion litres of milk containing 1.69 billion kilograms of milk solids in the year ending May 31, 2012.

Milk production per hectare of 1028kg surpassed the 1000kg mark for the first time.

The full report and more regional statistics can be found on the LIC and DairyNZ websites here: www.lic.co.nz/publications and/or www.dairynz.co.nz/dairystats.

Production
The milk production increase was the first double digit increase since 2000-01 and was due to a lift in milksolids production per cow (80%) and more cows milked (20%).
Production per cow increased by 9% to an average of 364kg/MSs (comprising 206kg milkfat and 158kg protein).
Most regions recorded double digit increases in milksolids produced per hectare with the North Island averaging 12.0% and the South Island averaging 10.1%.

Breed averages
The trend of increasing Holstein Friesian/Jersey Crossbred cows continues with this breed comprising 41% of the national herd in 2011-12. A decade ago it was only 23%.
Holstein-Friesians cows have declined from 54% in 2001-02 to 40% in 2011-12, now slightly below the number of Crossbred cows.
For all four breeds, 6-year-old cows produced more milksolids (kg) than any other age group.

Is dilution part of the solution?

OPINION: Despite what DairyNZ says, increasing production per cow or hectare can help to dilute costs and increase profitability.